Just like the Mung Bean Salad, Karniyarik wasn’t included in the initial menu for the SF Chronicle article. Instead, I wanted to do a Turkish version of a dish that could have easily filled two full pages of my taste journal if I had ever kept one.

It is the Chicken Claypot I ate at The Slanted Door. I thought adding chickpeas and peppers and tomatoes from my father’s garden will definitely make the dish Turkish, but without the sugar and caramel flavor, the dish would have never shown the influence of the original. So, in short, I ditched the idea and decided to go with my most favorite Turkish dish: Karniyarik. Literally translated, karniyarik means split belly, named after the process of splitting the eggplants and stuffing them with the minced meat mixture.

At the end of the post, you’ll find recipes for the rest of the menu. These recipes are, again, based on ingredients found in Turkey. Especially cooking times may differ, so if you’re living in the US, I recommend that you follow Janet’s instructions instead. You know where to find them.

For the Bulgur Pilaf photo, I was torn between two amazing pots.

Here’s the one I finally decided on: 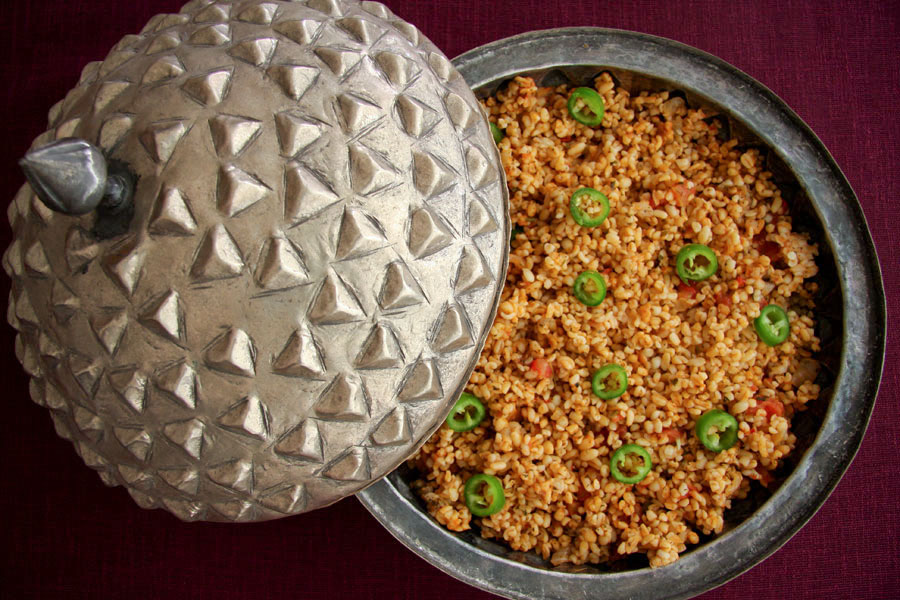 And here’s the other one that was just as beautiful. The above is authentic Turkish, so it was the obvious choice. 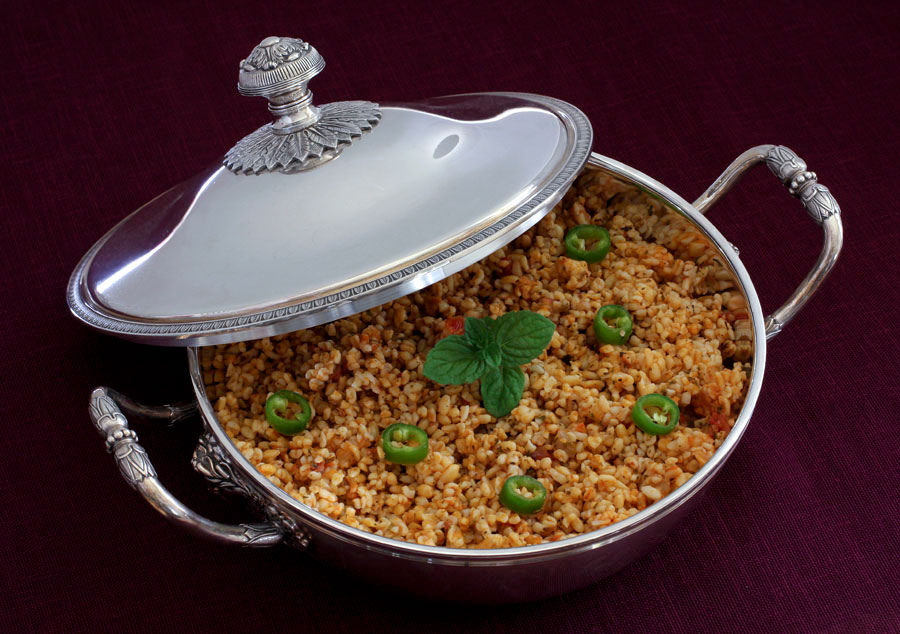 Oh, and here’s the borek dish. It is super easy to prepare. 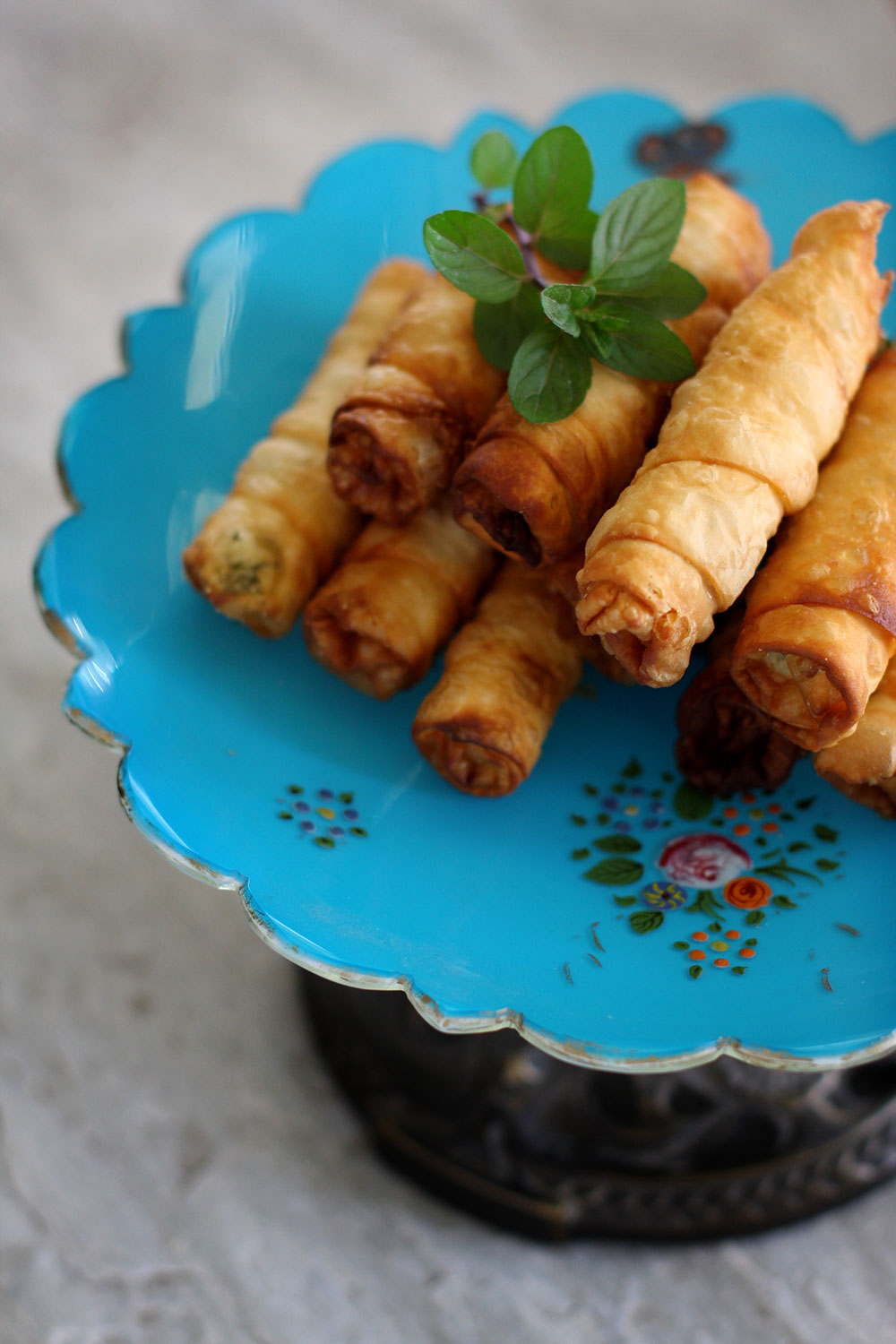 * Here’s where you can buy yufka, pastirma and Kasar cheese online.

** You can substitute Jack cheese for Kasar cheese.

* You may have a hard time finding this type of pepper. You can substitute green chile for it.